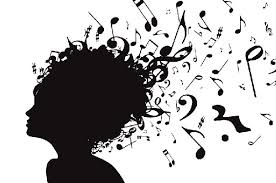 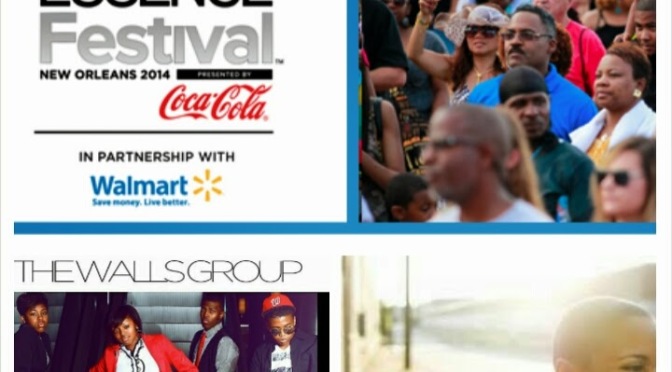 This past Saturday I attended The Road To Essence Festival event for a short while before I headed off to my nephews birthday party. The event was free and featured artist The Walls Group, Avery Sunshine, Seven Streeter, & Tank. I went mainly to see my boo Tank but unfortunately I was only able to see the first two acts The Walls Group and Avery Sunshine. It wasn’t a waste of time though  because they did such a great job they gained a new fan. Because the event was located at what we like to call the ghetto Walmart I expected it to be a huge turnout, but it really wasn’t as many people as I thought it would be. I know one thing next time I go to something like that I will make sure I put on sunscreen and bring a fan cause it was hot as fish grease and I got sunburn 😦
So let me start off with The Walls Group. This one teenage girl that was sitting next to me WENT AWF as soon as they hit the stage. I mean she was screaming and hollering like they were Mindless Behavior or something. I was so lost but she knew all the words. When I say these youngins sounded so good live with all that bouncing around and dancing they were doing on the stage. I was thoroughly entertained and impressed with how well they did. This gospel group is from Houston Texas and the first artist to be signed to Kirk Franklins new label. They sang their songs “Satisfied” and “Perfect People” which had me on my feet swaying from side to side. It was refreshing to see a young group of kids singing positive music that kids can dance to and feel uplifted. It wasn’t surprising that RnB artist Brandy is one of their inspirations being as though one of the girls sounds just like her. Needless to say I’ve downloaded their music already and look forward seeing them in the future.
Moving on to the soulful Avery Sunshine…This woman is bad!…in a good way lol. I love her personality and her voice. She’s from Chester Pennsylvania which is a suburb of Philly, HEEEYYYY my hometown lol, and she’s been doing her thing for some years now. She had some technical difficulties at first with her keyboard but they quickly got it together. She kept saying “now who messed with my keyboard” lol. She was funny. When she opened her mouth to sing it was like Ledisi, Jill Scott, and Chrisette Michele all rolled in one. She sang her song “I Got Sunshine” from her 2010 album Bigshine which is feel good RnB music. I wish I could’ve stayed to hear more but I had to be on my way to my nephews birthday party.

Peeps check these people out ASAP. Step away from the twerking music for awhile lol. I posted the links below to the songs they sang at the event. Next time they do an event like this I’ll make sure to share it on my facebook page because its definitely worth going to. IT’S FREE and good music. They also had meet and greets with the artist. What beats that! ~
Avery Sunshine – I Got Sunshine
The Walls Group – Perfect People
The Walls Group – Satisfied
*Don’t forget to like and share. Email address is not needed to comment